The Final Touch: What to Expect from Nipple Reconstruction Surgery PLASTIC SURGERY IN SYDNEY 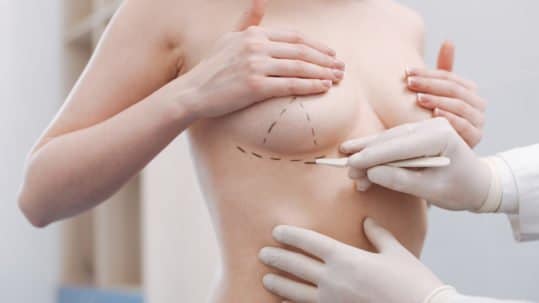 Whether you lost your nipples through a mastectomy or you want to change the appearance of your breast, nipple reconstruction surgery can help.

Do you feel unsatisfied with the appearance of your nipples? Do you wish there was a way to change how they looked on your breasts? Nipple reconstruction surgery could be the answer to your problems.

Did you know Australia has more cosmetic surgery operations per capita than America? In fact, Australians underwent 20,000 boob jobs and 30,000 liposuction procedures in 2018 alone.

Undergoing cosmetic surgery is a common occurrence among women and men. Nipple reconstruction is only one of the many common procedures done daily.

If you’re thinking of getting this surgery done, read on for a quick guide on what you should expect.

1. What Is Nipple Reconstruction?

The goal of this surgery is to change the appearance of the nipple or reposition it on the breast. Surgical reconstruction can change the position, size, shape, texture, colour, and projection of the nipple and/or areola. Women seeking prophylactic mastectomies to prevent the possibility of breast cancer may undergo this type of surgery as well.

Depending on the condition of your breasts, your doctor can choose among many different approaches to take. One way is to use the small skin flaps from your reconstructed breast. The surgeon will fold and suture them together to make the nipple.

If there is not enough tissue to create a nipple, the surgeon may use the skin graft method. They will instead take a skin graft from your abdomen, thigh, or buttocks. It’s also possible to take a graft from your other nipple if it’s unaffected by the procedure.

A common procedure to recreate a natural-looking areola is medical tattooing. Note that this method is not a surgical method and it will not elevate the nipple. You may still need nipple reconstruction surgery if you want an elevated nipple.

If you have a natural disfigurement, there may be no nipples at all. In this case, a breast surgeon will create realistic 3D nipples for you. With the help of a medical tattooist, they will be able to create the perfect nipple and areola for you.

Nipple reconstruction surgery is an outpatient surgery. That means you won’t have to stay in the hospital overnight to prepare for it. The length of this surgical procedure ranges from 30 minutes to a little over an hour.

Tattooing will take 30-40 minutes but you must wait 3 months after the surgery. This will allow the wound ample time to heal. After the reconstruction procedure, you will get a nipple shield to protect it.

You leave these nipple guards on for around 3 days during which you can’t shower or bathe. After 2 weeks, the stitches get removed. in time, the nipple will begin to flatten out and look normal.

Often, the complications of nipple reconstruction surgery are very rare. There may be times when the tissue will need replacing or further surgery. Reconstructed nipples will also flatten and the tattoo may fade over time.

Among the nipple reconstruction methods, skin grafting has the highest rates of complications. There is also the possibility that your reconstructed nipple becomes less sensitive. This may have a minor negative effect on your sex life.

Preparations for nipple reconstruction surgery is comparable to  preparing for breast surgery. When your surgery schedule is confirmed, your doctor will instruct you on preparations. These preparations may take weeks until your body becomes suitable for the surgery.

Your doctor will tell you to avoid drinking or eating certain things. You won’t be able to take some types of medications before your surgery as well. Prepare loose clothing to wear after the procedure.

There will be arrangements you have to make before you undergo the surgery. You will be unable to drive yourself home afterward due to the anesthesia. Get a friend or family member to drive you instead.

In the surgery room, your surgeon will draw markings on your breast to mark where he’ll make the incisions. Before the surgery begins, your doctor will inject a local anesthetic and an IV line into your arm. Expect to be awake and standing during the procedure.

That’s it for our guide on what to expect from getting nipple reconstruction surgery.

Although nipples are not something that you would normally flaunt about, having a perfect pair still feels good and boosts your confidence. After all, it’s something you value on a more personal and intimate level. You’ll not only feel more confident but your partner will appreciate it as well.

Interested in getting your nipple reconstructed? Dr Rizk is a plastic and reconstructive surgeon operating in Sydney and around New South Wales. You can get anything from facial surgery to body surgery done. Non-surgical procedures like dermal fillers and anti-wrinkle injections are also available.

Contact us and let us talk about your cosmetic surgery needs.

How Nipple Reconstruction Can Change the Look of Your Breasts